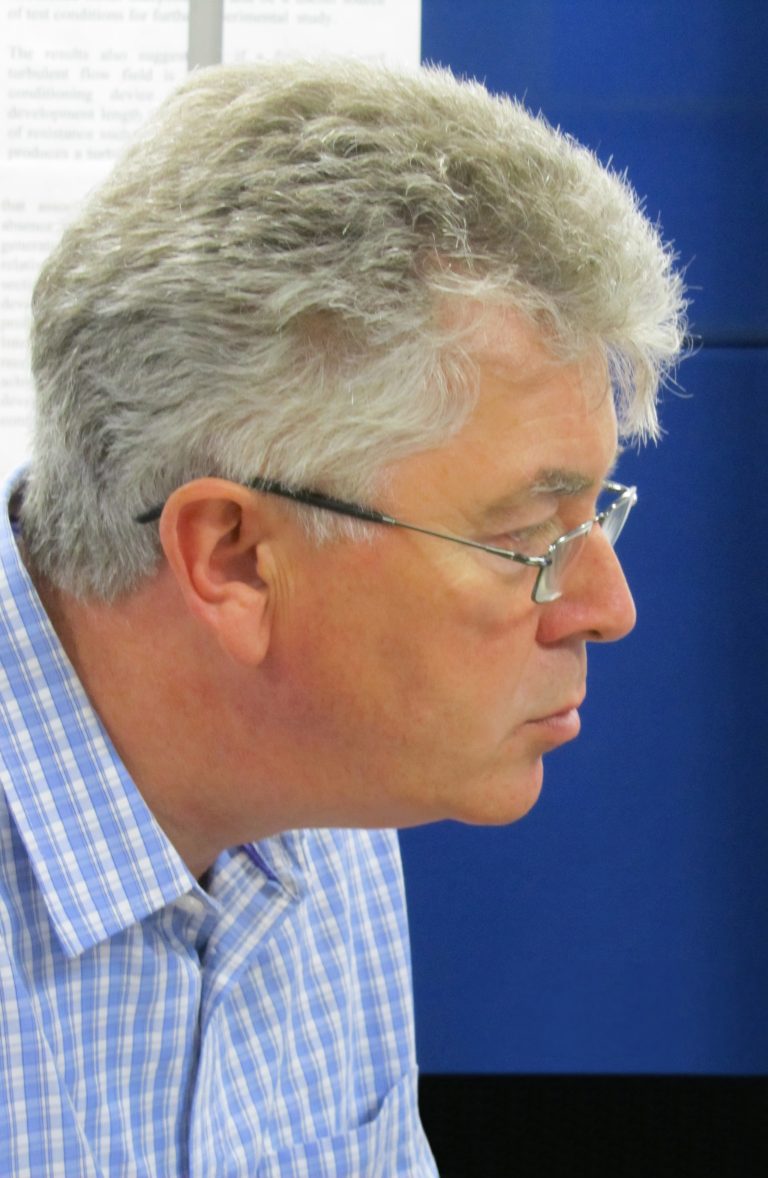 Mike has played a major role in our design team since 2010, having already demonstrated his commitment and enthusiasm by enrolling in the project’s official supporters’ club, the Quicksilver Corporate Club, several years earlier. With experience and skills in both structural engineering and fluid dynamics, he is ideally placed to work in the two fields and to serve as a 'bridge' between those members of the design team who are engaged in the structural design of the boat and those who are involved in the dynamic-analysis aspects.

At different stages of his involvement in the project, Mike has participated in windtunnel testing, undertaken computational fluid dynamics (CFD) analysis predicting the air-pressure distribution over the boat's hull at high speed and water-pressure distribution on its undersurfaces at lower speeds, calculated rudder drag and lateral forces, participated in the detailed design of both machined and fabricated components, and undertaken finite-element analysis (FEA) to predict their performance under varying structural loads. Currently, he is involved in completing design work that will allow Quicksilver's  main sponson-arm structure to be manufactured and mounted on the boat, allowing the three hulls to be joined together.

Away from the Quicksilver  project, Mike is a chartered engineer and professional diver. In 1994 he founded Coulthard Subsea to provide a range maritime engineering services, from design and analysis to manufacturing, testing and inspection. Since then he has participated in ship-repair projects and the design and development of underwater dry habitats that enable ship husbandry to be carried out while vessels are afloat, designed underwater handling equipment for submarine sonar systems, and undertaken a vast assortment of other such projects.

Additionally, Mike has worked extensively with shore-based marine facilities, from swing bridges and lock gates to flood defences and jetties.

What is an apostille? Birth certificate apostille.
We use cookies on our website to give you the most relevant experience by remembering your preferences and repeat visits. By clicking “Accept All”, you consent to the use of ALL the cookies. However, you may visit "Cookie Settings" to provide a controlled consent.
Cookie SettingsAccept All
Manage consent