Buy the Book – Back the Boat! 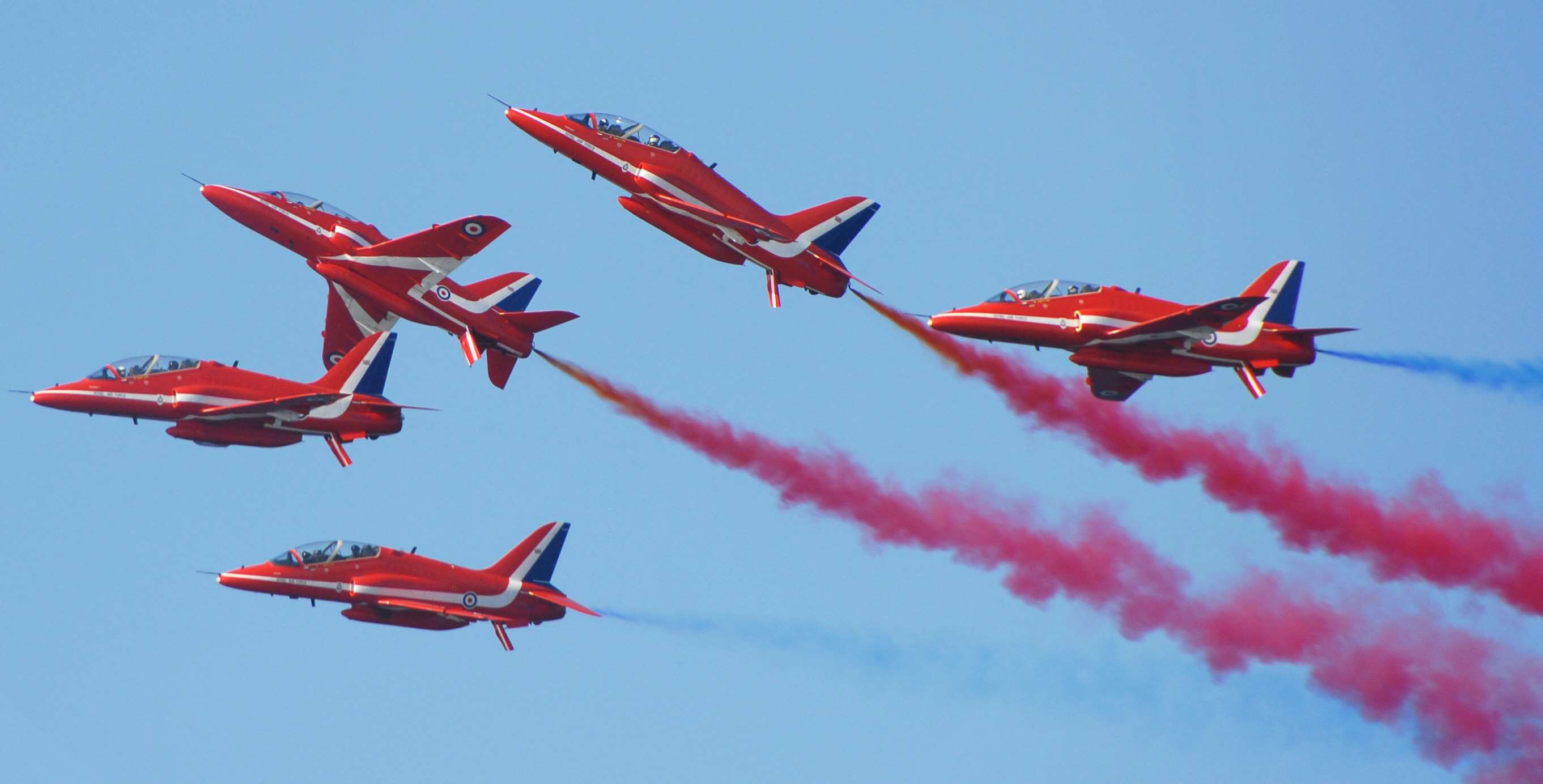 Colourfully illustrated throughout, theInspirations book offers glimpses into the lives of fascinating people and spotlights sensational events that moved millions. It has been written by Nigel Macknight to raise funds for the continuing advancement of the Quicksilver  project.

AVAILABLE HERE … Not available in retail stores. Sales through this website by direct mail-order only.
Lavishly illustrated throughout, this 96-page book is priced at £11, including post and packing. Send cheque only, please – we don’t accept cash – made payable to QWSR Ltd., The Old Post House, Newark Hill, Foston, Grantham, Lincolnshire, NG32 2LF.

Nigel is signing every book! These can be dedicated (please indicate desired wording clearly).

Here are short extracts from each of the twelve chapters ...

The instrument panel, satin black, dials with white markings and needles swinging to attention as electricity is coursed into them. Rudder pedals, control column – controls moving “Full and free”. Preparations over, the aircraft shudders as the engine bursts into life. A wispy black cloud of exhaust fumes races past, dissolving in the blast of churning air. The oil temperature stabilises. “Chocks away”. Buildings and hangars slide from view – we are bumping over cracks and lurching across undulations beneath our wheels, out into the clear open space in which we must accelerate and take off.

The QE2: Her first last voyage

An unexpected twist came as she entered military life with the call-to-arms in 1982, when Britain declared war on Argentina over the disputed Falkland Islands. Hasty preparations for her war service saw her plush carpets covered-over with 2,000 sheets of hardboard as protection against Army-issue boots. Three helicopter pads brought the rasping clatter of rotorblades to decks where once had been heard only the happy babble of table-talk and the tinkle of bobbing ice in gins-and-tonic. And the ship that had previously turned heads everywhere she went now turned reclusive, windows blacked-out and radar equipment switched off to thwart enemy detection.

It was his sensational comeback year of 1978. The euphoria of his race was still electrifying the air, but Mike was his down-to-earth self. We clambered into a Transit van and he changed back into ordinary clothes – abandoning the accoutrements of combat in an untidy heap on the floor. I noticed that the outside edges of his leather riding boots were worn right through into holes where they had scuffed along the track as he had cranked his bike to dizzy angles on Silverstone’s ultra-fast corners – though he had insisted his return to the saddle was purely for fun.

Queen of the Air: Sheila Scott – a troubled, dauntless racer/record-breaker

To help fund her later endeavours, Sheila had to sell "Myth Too", and in the hands of a subsequent owner it was badly damaged in a forced landing following failure of the engine shortly after take-off. Parts of the aircraft are crumpled and torn. Other parts are missing altogether – but what remains is substantial, its gold, black and white colour scheme still gleams, and it is very possible to imagine it in its pomp, crossing finishing lines, crossing continents. Its body is broken but its spirit is not. The ghost of Sheila Scott is here too, I feel. Paying a fleeting visit.

A Space Adventure: First launch of the Shuttle Columbia

Belching clouds of smoke and steam spewed from vast flame trenches beneath the Shuttle’s rocket engines and engulfed the launch pad, then a searing, white-hot spectre of flame pierced the dense, swirling ocean of grey as the booster rockets ignited and the gigantic craft rose free and clawed her way up through the blue sky. It took a few seconds for the sound to come. It first reached us as a deep rumbling noise – fearful, almost deafening. As the spacecraft gained height, this menacing low tone became the backdrop to a fierce crackling noise of awesome intensity … the sound of raw energy, like static on a radio but infinitely louder, as if the sky were a gigantic sheet of canvas being ripped in two.

Laughs Until He Drops: Tommy Cooper in a darkened room

Someone in the audience coughed self-consciously. Another chuckled nervously. Giggles developed into full-blooded gales of laughter as the scenario was played out to its full extent by the man who could draw you into his make-believe world so wholeheartedly because he himself inhabited it with such complete conviction. I detached myself from the situation momentarily, attempting to apply an author’s professional objectivity. Tommy had conjured up a situation in which an entire audience was laughing uproariously at an empty stage. In total darkness.

Smoke on … Go! : Flying with the Red Arrows

Before flying with the team en masse, I was required to undertake a solo mission with the group’s Deputy Leader, Flight Lieutenant Simon Bedford. “This bit’s off the record,” says he. Distances shrink at jet-plane speeds. We grazed the hilltops, banking steeply, seeking out more peaks to crest … staying low, letting the earth swoop up to meet us. Higher altitudes had disguised our rapid rate of transit. Now, down low – as low as you really want to go – our true progress became sensationally apparent. A vast expanse of England had suddenly become our playground.

"The last thing I remember is the airplane nosing over and then starting to roll. Then a bunch of debris hit me in the face”. When Peterson came around again, events beyond his control seemed to crowd in on him as life outside pressed its face against death’s murky window to get a better view. Bruce relayed the grim details to me with calm detachment: “I remember being upside-down and not being able to see anything – hanging in my straps, which was very uncomfortable, and knowing I was badly hurt. Although I was barely conscious at that point, I do remember someone saying, ‘He’s dead’.”

Moonwalkers: Up close with the Apollo astronauts

I once asked Gene Cernan the big question. What is it like to stand on the surface of another world? He didn’t hesitate for one single moment before saying this … “You can’t go to another planet and not feel enriched, enhanced. Not stand there surrounded by mountains in sunshine, looking at an object a quarter-of-a-million miles away that you call ‘Earth’ that you know is home, where all your understanding of life and past and future and present is, surrounded by blackness beyond your comprehension. Not darkness, but blackness. Being able to look from pole to pole across oceans and continents and watch the sun progress across it as the Earth rotates.”

One felt instinctively that the world would never be quite the same again. The course of our futures altered that day – violently, graphically, in the morning sunshine an ocean away, excoriating our cosy values and illusions of security as surely as the New York skyline was so devastatingly transformed. All evening we sat transfixed to the TV screen as the news unfolded. Conversation, derailed from its usual course, left unaccustomed silences, but for a passing word of comment or conjecture.

It was the least powerful aircraft in the race, barring one other with a similarly puny engine. And not only was it inferior on horsepower, it was also the smallest aircraft in the contest. Yet these apparent drawbacks were turned to advantage by a brilliant pilot, Captain Howard Pixton, with a deft touch and outstanding airmanship that not only won the world’s greatest air race, but also claimed supremacy in aeronautics for Great Britain for the very first time. The 1914 contest for the Schneider Trophy at Monte Carlo from which Pixton and Britain emerged triumphant should, by rights, have become enshrined in folklore. But it wasn’t. World War One was, alas, mere days away.

There are many reasons why I started the "Quicksilver" project and why I have never ceased to strive for a successful outcome for it. Patriotism is one factor. But beyond this very clear driving force, my motivation has sprung from the desire to be part of a committed team, and to experience at first hand what people can do when united for a worthy cause. It has really been its own reward, because I have witnessed a selfless joining-in to create something very special – and then … vitally … a keeping-faith in what we have all become a part of, never to give up on it. Bit by bit, the pieces have kept falling into place. Somehow. Perseverance …

Nama Nama Situs Judi Slot Online Terpercaya
We use cookies on our website to give you the most relevant experience by remembering your preferences and repeat visits. By clicking “Accept All”, you consent to the use of ALL the cookies. However, you may visit "Cookie Settings" to provide a controlled consent.
Cookie SettingsAccept All
Manage consent