Paddy Hopkirk, the Mini and the 'Monte' 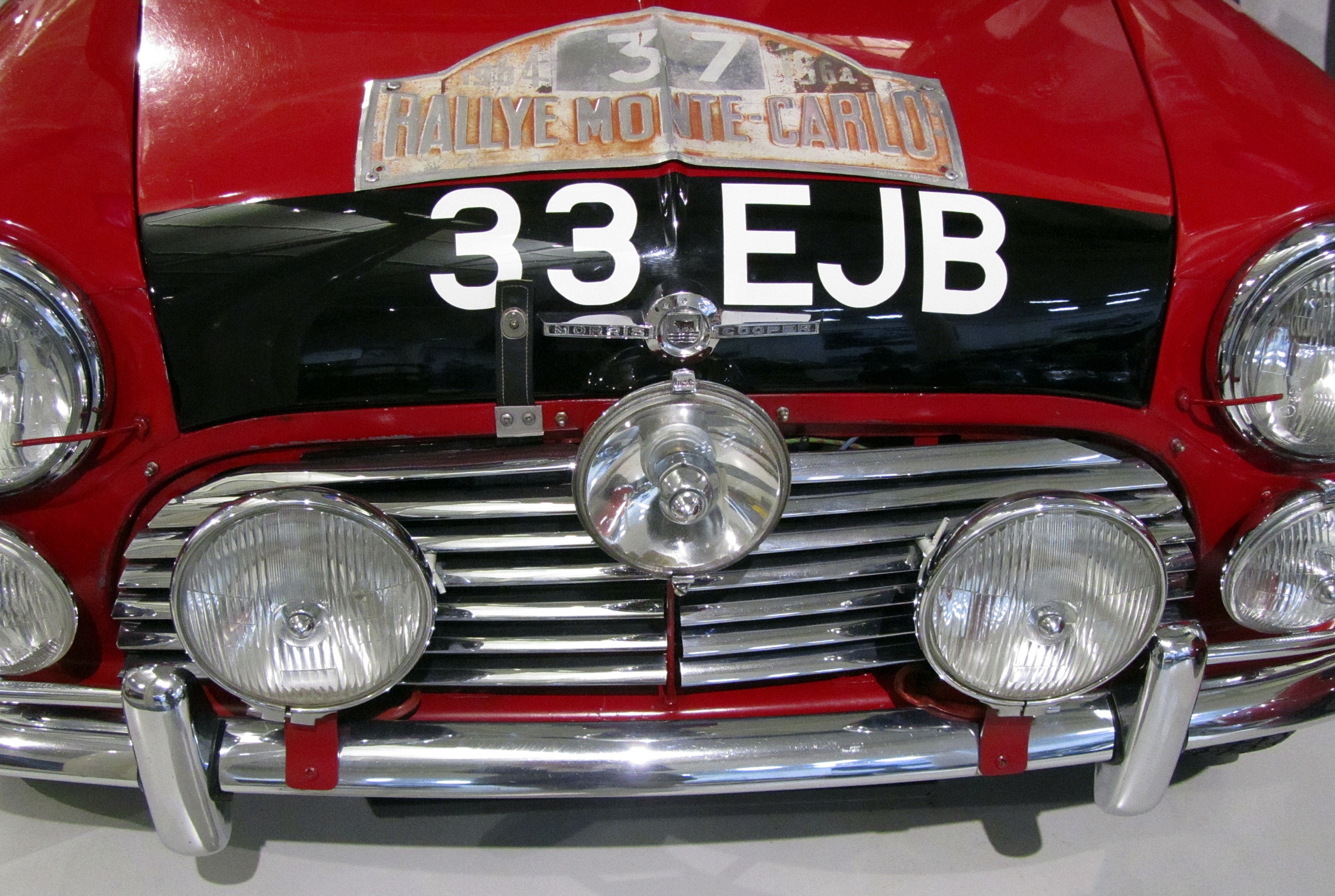 At the same time as the Beatles were dominating the charts with hit after hit, another legend was forged. Hard on the heels of four lads from Liverpool were four wheels from Abingdon! The BMC Mini revolutionised car design and became a cultural icon into the bargain. Its immortality can be attributed to several factors, not least of which was the giant-killing tendencies in international rallying of the little car with a big, big heart. And one victory stands clear as the defining event in the Mini's illustrious history – Paddy Hopkirk's shock triumph in the 1964 Monte Carlo Rally.

This was the heyday of the 'Monte', when a win here was every bit as important and prestigious as first place in the Formula 1 World Championship, the Indianapolis 500 or the Le Mans 24-Hours. Staged in the depths of winter, much of it high in the mountains above the famous Principality, it was arduous and dangerous – and glamorous.

Hopkirk and his co-driver Henry Lidden had embarked from their starting-point in Minsk, far behind the Iron Curtain, in temperatures as low as minus 26 degrees. The marketing department at Abingdon knew that the trek from Soviet Russia to the fabulous Côte d'Azur would capture the public imagination, but they could not have anticipated the rally's sensational climax, when their squad of diminutive Mini Coopers saw off all-comers to cross the finishing line in top spot. With only 1071cc on tap, but with front-wheel-drive and superb handling in its favour, the Mini had proved more than a match for its principle rivals, the big 4.7-litre, rear-engined Ford Falcons. It had been a classic clash of works teams in the David-versus-Goliath tradition, and the little guy had won!

Even before Hopkirk had accepted the trophy from Her Serene Highness Princess Grace of Monaco, the story was being beamed around the world. The Mini not only had style in abundance, it had proved it had the pace to thrash the pants off anything American, French, German and Scandinavian manufacturers could field against it.

The Mini was the brainchild of Sir Alec Issigonis. Its engine was mounted sideways in the front of the car, saving space which translated into compactness and nimble handling – and bestowing a unique 'look' which captured the world's imagination and propelled it to the epicentre of the pop-culture that made the Swinging Sixties swing. And it made a legend of its leading driver, too, because Paddy Hopkirk was the name on everyone's lips and even the Fab Four paid tribute to him.

Many years later, Paddy demonstrated his support for the Quicksilver  project when he entertained over 400 guests with tales from his colourful career at one of our Speed Night with the Sports Stars  celebrity dinner events in Nottingham. We will always be thankful to Paddy for his generosity and high spirits on that very special night.

If you'd like to see the most famous Mini ever made, you can. Hopkirk and Liddon's legendary red-and-white Monte-winning car, complete with registration 33 EJB, is proudly displayed at the British Motor Museum at Gaydon in Warwickshire, surrounded by many other notable British vehicles.