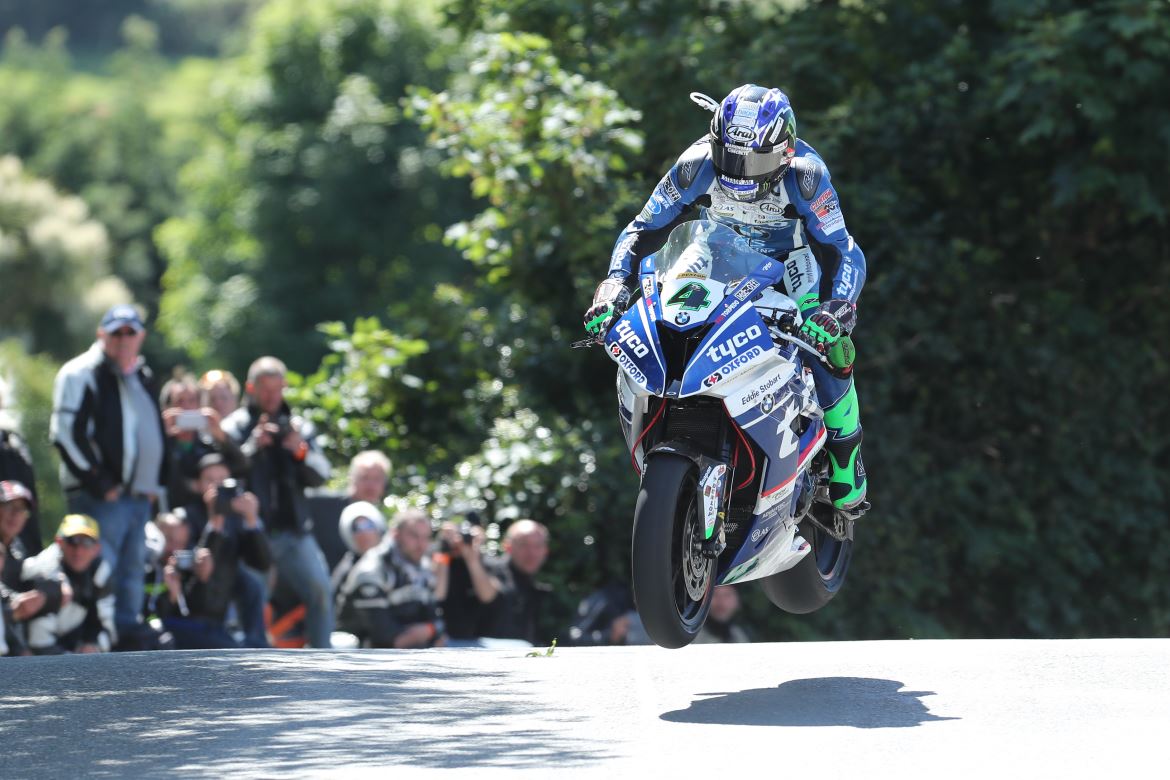 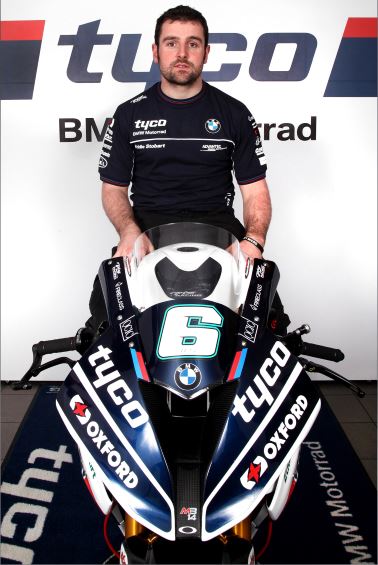 The Isle of Man Tourist Trophy, or TT, runs annually on 37.7 miles of closed public roads that twist and wind through towns and villages and open countryside, presenting enormous challenges to competitors who lap at average speeds as high as 135mph. There are over 200 turns to memorise and negotiate, ranging from tight hairpin-bends to the hair-raising curves of the Verandah section, that sweeps around a Snaefell mountainside slope. Top speeds reach 200 mph. Trees, dry-stone walls, telegraph poles, lamp-posts and the gable-ends of buildings are accepted for the hazards they are, and that's that. Delays to practice, qualifying and racing are not uncommon, due to heavy rain or mist on the course reducing visibility.

Although the 2020 and 2021 events were cancelled due to the global coronavirus pandemic, tens of thousands of enthusiasts are looking forward to resuming their annual pilgrimage to the island in June 2022.

Creg-ny-Baa, Cronk-y-Voddy, Sarah's Cottage, Ginger Hall – the names of corners and other features on the TT course are synonymous with legendary riders and magic moments in motorcycle-racing history. There's Ballagarey, too, and Bray Hill, Greeba Dip, Union Mills, and Ballacrye, to name just some.

British riders outnumber those from other countries. Leaders of the pack over recent years have included Michael Dunlop, Ian Hutchinson and John McGuinness. But McGuinness and Hutchinson have had their riding careers interrupted through injury, so Michael Dunlop, pictured here in 2018 with his Tyco BMW, emerged as the dominant force.

BMW-borne, airborne, Ian Hutchinson is captured at top at Ballaugh Bridge, en route to winning the 2017 Superbike TT race. The following year saw a shake-up, when an on-form Dean Harrison took one win and Peter Hickman two. Neither Brit had won a TT race before, and Hickman smashed the outright lap record into the bargain.

Conor Cummins is another rider that's entered the TT's top echelon. Born and raised on the Isle of Man, Cummins is pictured here too, hurling through the Rhencullen section of the circuit during a Qualifying session.

Questions inevitably arise as to who’ll be next to join the pantheon of all-time British TT greats – taking their place alongside Stanley Woods, Geoff Duke, Bob McIntyre, Mike Hailwood, Joey Dunlop, Steve Hislop and John McGuinness. The name of Michael Dunlop is on many people's lips. But Ian Hutchinson might well have notched-up far more TT victories, had he not been sidelined for three years by injuries that would have spelled the end of any reasonable competitor’s career. Having been told initially that he would never walk again, let alone ride, he endured a staggering 30 operations and lost the fibula in his left leg – with amputation a distinct possibility at one stage – to rejoin the winner's circle in fine style.

There's action wherever you look at the TT. Ross Noble and Reef have provided off-track entertainment. A very on-form Meatloaf did too, back in 1990 – there being major trackside events every year. And the RAF's Red Arrows  regularly wow the crowds. 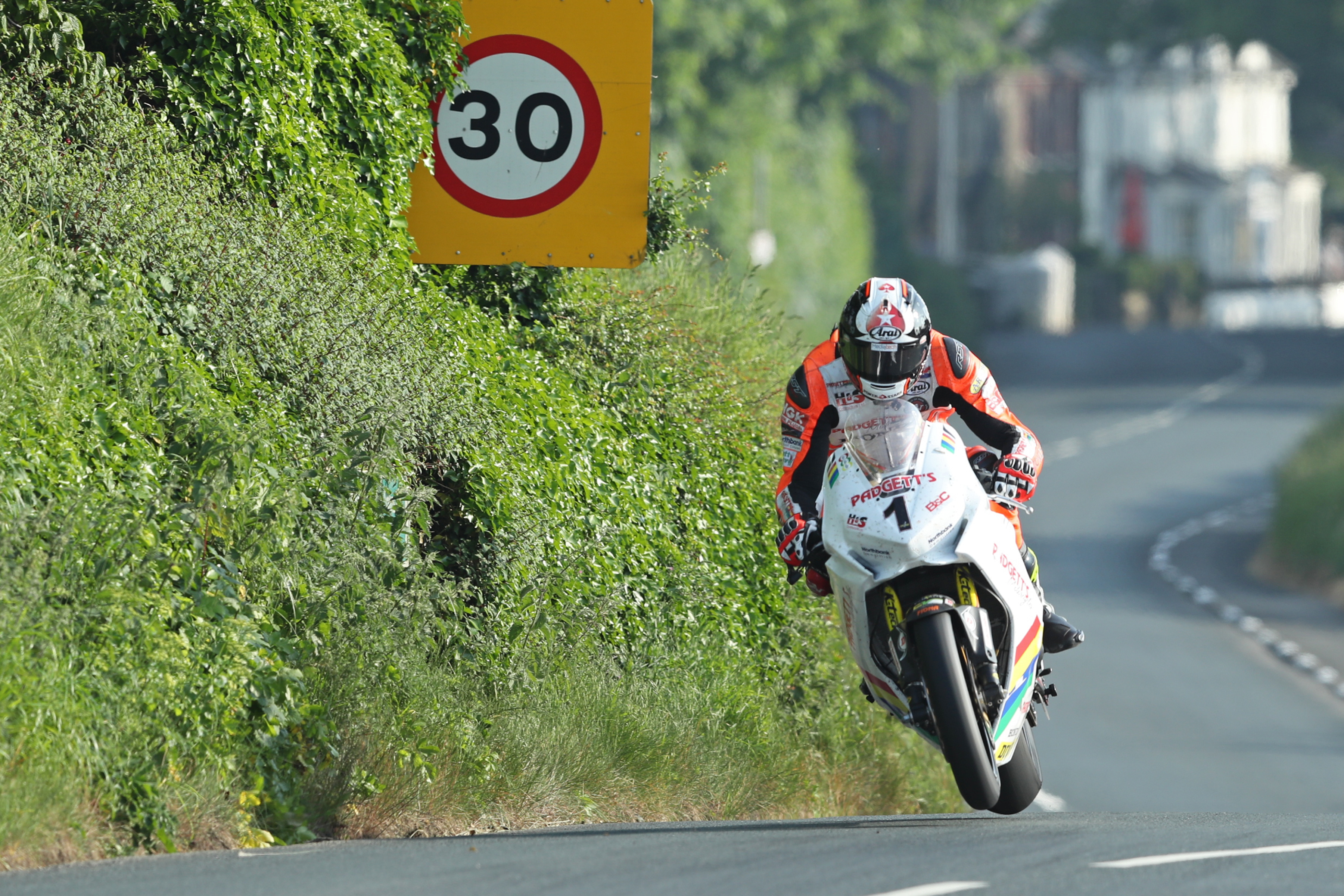