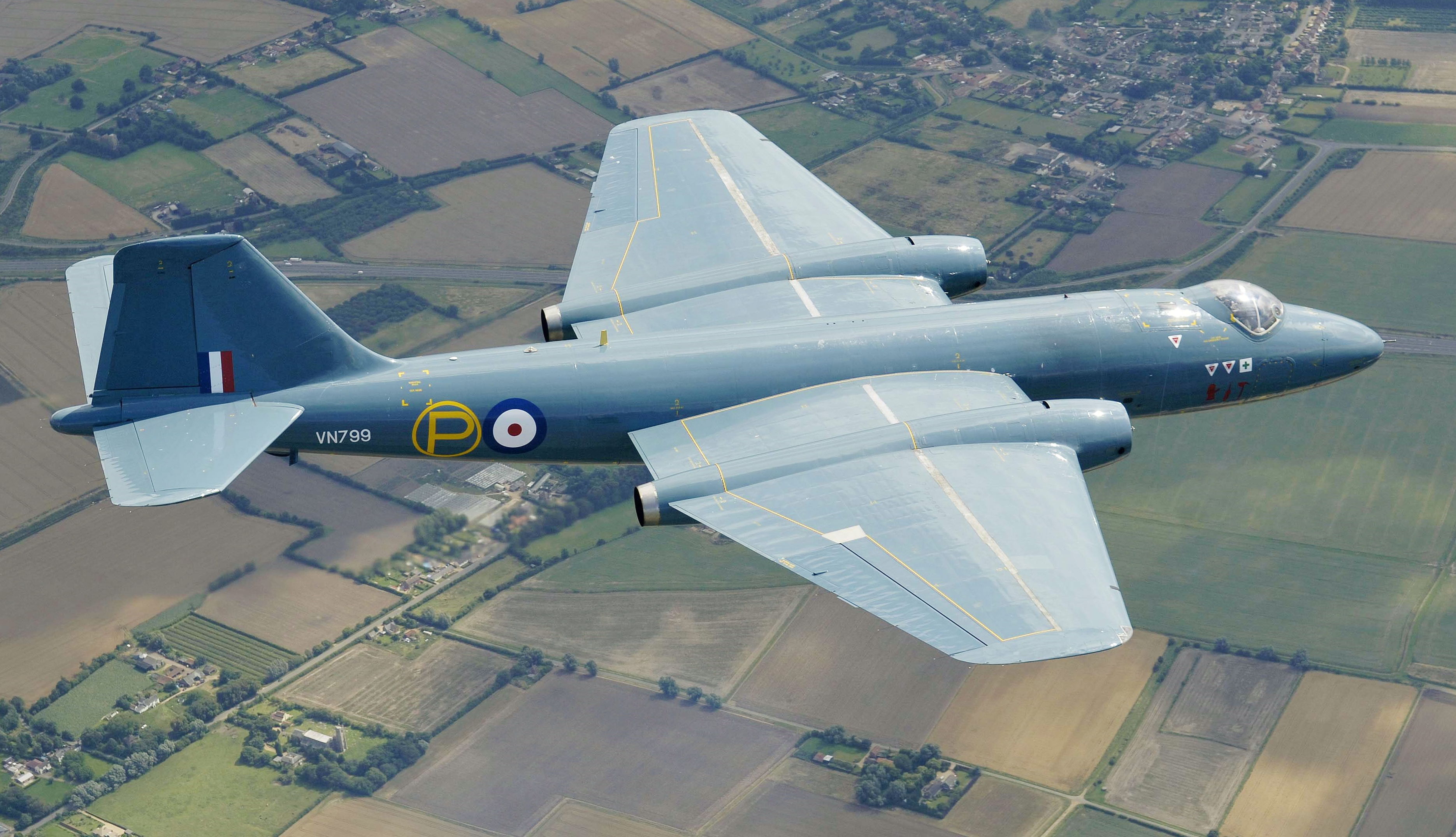 That the Canberra created a huge stir on first arrival is undeniable. In September 1949, test pilot and former wartime ace Roland Beamont startled a vast crowd at the Farnborough Air Show with a breathtaking display that left no-one in any doubt that here was an aircraft that defied conventional notions as to what a bomber could do. Climbing steeply, accelerating to higher speeds than any bomber of its size had gone before, pulling tight turns with its wings almost vertical to the ground, the Canberra possessed fighter-like agility. This was to be just the first of many influential demonstrations by Beamont of the Canberra's remarkable performance.

Designed by W.E.W. (Teddy) Petter as a high-speed, high-altitude medium bomber to replace the aging, piston-engined Avro Lincolns, Boeing Washingtons and de Havilland Mosquitos then in frontline RAF service, the Canberra was the product of the English Electric company in Preston, Lancashire. It was powered by two Rolls-Royce Avon turbojet engines installed in wing-mounted nacelles. The blue-painted prototype made its 27-minute maiden flight several months before that impressive Farnborough debut, on 13 May 1949, with Beamont – English Electric's chief test pilot – at the controls.

English Electric had built aircraft before, but almost exclusively they had been those of other companies' design, built under licence to augment the rate and volume of production in the urgency of wartime – in particular, Handley Page Hampdens and Halifaxes, both bombers. But now, in the Canberra, was a new product from its own drawing-boards. And English Electric's important but hitherto relatively low-profile involvement in aircraft manufacture was the source of some confusion when word of the Canberra's existence came to the press's attention. At least one national newspaper wrote of Britain's first "electric bomber"!

Forever afterwards, however, the name of the company best known to date for its domestic cookers, washing machines and water-heaters, was firmly established as an innovative and capable player in the aeronautical sphere.

A hastening demand for more and better warplanes with which to bolster Britain's role in the Korean War, waged between 1950 and 1953, meant that Canberras were built not only by English Electric but also in quantity under licence by Avro, Handley Page and Short Brothers & Harland. Yet the type never saw service in that conflict, and its sole use in anger was during the Suez crisis in 1956, when Canberras undertook bombing raids on key Egyptian air-force bases.

The Canberra was the RAF's first jet bomber and had the distinction of notching-up several other significant 'firsts' in aviation history. It was a Canberra that made the first-ever jet crossing of the South Atlantic in both directions. And in February 1951, a Canberra flown by Beamont from the UK to the USA made the first non-stop jet crossing of the Atlantic Ocean without refuelling. Several speed records were set by the Canberra during the London-to-New Zealand Air Race, staged in 1953. And in 1954, a Canberra became the British aircraft to overfly the North Pole. In 1956, a Canberra was the first British aircraft to be flown with thrust augmentation from a fully-controllable rocket engine (this being the de Havilland Sprite, an engine designed to temporarily augment the power of jet aircraft, either to gain higher altitude more rapidly or perform take-offs at increased weight).

Canberras were also employed for flight trials that led to the successful development by the British of the world's first fully-practical 'blind-landing' system. Automatic landings, including in zero visibility, revolutionised air travel.

Although speed is our subject here, it should be noted that the Canberra was a formidable high-flyer that set several Absolute World Altitude Records. Indeed, it could fly at a higher altitude than any other bomber in the world throughout the 1950s. In May 1953 a Canberra fitted with Rolls-Royce Olympus turbojets in place of the standard Avons reached an altitude of 63,668 feet, then in August 1955 the Canberra raised the bar, attaining 65,876 feet. Two years later, in 1956, a Canberra achieved an altitude of 70,310 feet, boosted by a Napier Double Scorpion liquid-propellant rocket motor.

At the opposite end of the altitude scale, 1960 saw several specially modified Canberras making multiple flights at low level and high speed over the Libyan Desert, in Operation Swifter – an investigation into the effects of turbulence on aircraft structures, and aircrew, during low-altitude, high-speed flight. The results of this research, which was conducted as a joint exercise by teams from the aircraft experimental establishments at Farnborough and Boscombe Down, were fed into the development of the Buccaneer and TSR.2 – both specialised low-altitude, high-speed aircraft. The most extreme Operation Swifter flights were flown at a speed of 460 mph (400 knots) and a height of 200 feet by test pilot Group Captain Pat Hanafin, Farnborough's vastly experienced head of experimental flying. Useful knowledge was gained about the structural fatigue effects such flying has on airframes, and of the ability of aircrew to function effectively in conditions of severe turbulence.

With the disbandment of 35 Squadron at Upwood, Huntingdonshire on 11 September 1961, the Canberra came to the end of its time as a bomber with RAF Bomber Command, but as history unfolded, it turned out there was much more to come from this formidably versatile aeroplane. The success and adaptability of the Canberra's design was such that it was ultimately built in no fewer than 27 versions, equipping a total of 35 RAF squadrons, and it was exported to more than 15 countries, including Australia, Argentina, Chile, Ecuador, Ethiopia, France, India, New Zealand, Pakistan, Peru, Rhodesia, South Africa, Sweden, Venezuela and West Germany. There were trainer versions, versions optimised for reconnaissance and electronic warfare work, adaptations for target-towing duties, and even a conversion for the Martin Baker company for ejector-seat testing.

A derivative of the Canberra, the Martin B-57, was built in substantial numbers under licence in the USA and served in the controversial Vietnam War, and for many years thereafter, during which it evolved considerably from the baseline design – in the most extreme cases becoming barely recognisable for what it originally was. In all, a total of 403 B-57s were manufactured across several versions, the longest-serving being those operated by NASA for a wide variety of research activities that can only be accomplished by prolonged high-altitude flight.

When the Canberra was finally retired by its original operator, the RAF, in June 2006, it was 57 years after the type's first flight. And to this day, three Martin B-57s remain in NASA service – over 70 years after that historic first foray of Beamont's on 13 May 1949.

Back here in the UK, one of the actual world-altitude-record-breaking Canberras has not only survived, but may even be restored to airworthiness in due course, prolonging the Canberra story still further. For more information, visit www.vulcantothesky.org/canberra-wk163 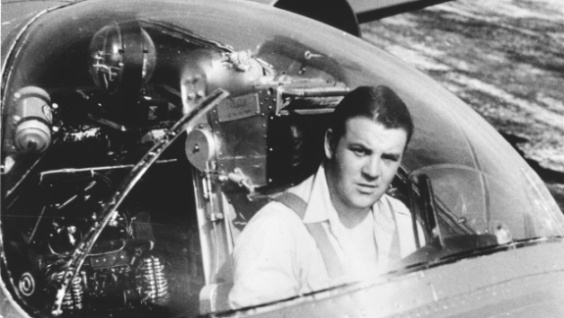 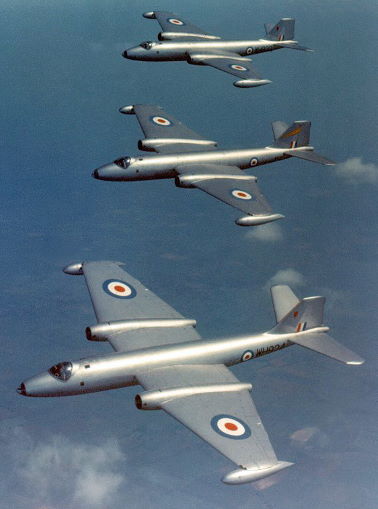